Legends of the Euphrates, Episode 1

A contemporary response to the Adapa story

The Iraqi and Syrian public respond to the ancient Mesopotamian story of Adapa as told by the Zipang Storytellers.

Within the first two weeks, this video has been seen by 454,000 people on Facebook, with the largest audiences in Baghdad, Nineveh and Basrah. Overall, the videos created by Eye on Heritage have been viewed over 4.5 million times, mainly in Iraq and Syria.

In association with the Enheduanna Society and the Zipang Recordings Project. 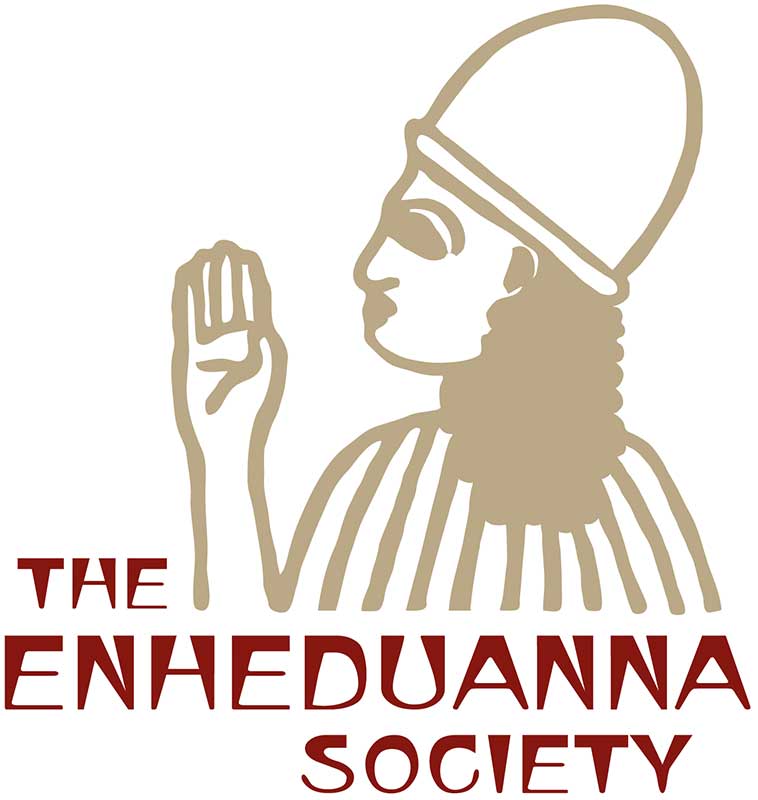 Myths have always been used to reflect, define, and structure human thought, their relationships with other living beings, their views and observations on life. They have inspired poetry and literature and functioned as both religion and philosophy. All this and more you will explore with me, Shihab Al-Ali, through our show Asateer (Myths), where we shed light on myths in antiquity, going as far back as the 14th century BC.

Hello and welcome to the first episode of Asateer.

Humans could never fully conceptualise life after death. They dealt with this mystery through believing in an eternal part of the universe: they worshipped stones, animals and trees, giving to them a spiritual power. According to Antony Smith, nations which stem from the same origin may also share in their spiritual beliefs and rituals, whether religious or non-religious.

The myth we are covering today tells the story of Adapa, the wise man who lived in Eridu, the city of Ea, a.k.a. Enki. Through Ea’s mistake and Adapa’s blind obedience, humankind lost the immortality offered to Adapa by Anu, the god of Heaven.

According to the myth, Adapa came to rule the human race and he was the king of the city of Eridu. However, one day, while he was fishing, the sea became rough and his boat was capsized. Angry, Adapa “broke the wings of the south wind”, preventing it from blowing for seven days. This caused the anger of the god Anu and made him decide to kill Adapa. With the help of Ea, Adapa was able to enter the sanctuary of the god Anu, which prevented Anu from killing him. However, Ea advised Adapa not to eat or drink anything in Anu’s sanctuary in fear for his life. As a consequence, the obedient Adapa inadvertently refused the “food of life” and “water of life”, turning down immortality and bringing disease on humankind.

The myth of Adapa is the story of a man who lost the gift of immortality. It is one of the late Babylonian myths which have entered Syrian mythology. There are four copies of this myth, the longest of which was found among the fragmentary tablets from Tell el-Amarna in Egypt and dates back to the fourteenth century BC.

The myths of the Arabs and other nations were filled with a kind of optimism and hope. They were inextricably linked to the mountains, wells and trees, indicating that local paganism was limited to reverence for the things that the Arab Bedouin utilised. However, this spiritual system developed under the influence of neighbouring civilisations, borrowing and adapting much of the regional mythology. Here ends the first episode of the Asateer series. We hope to meet you again in our new episodes. Please, follow us on the Heritage of the Euphrates Facebook page. See you soon.

A review of comments and responses from our audience on Facebook

Is it important to talk about the past?

Some of the audience expressed their disinterest in the subject, claiming that the past and the present of the region are all ‘dark and deformed’. As Abdul Rahman, one of our viewers, put it, “Other nations arrived to the moon, stars and planets, while we are lamenting our history and crying on the ruins of this and that, and calling some figures/personalities great, and others magnificent and so on, while all of that is not true.”. Not everyone agreed with Abdul Rahman. One reply to his comment was “there is no harm in looking at the past and considering it. We cannot understand the present without relating it to the history of the region”.

Some commentators think that myths are not a credible source for analysing and studying the history or the civilization of the al-Jazeera region, and that myths deal with events that never took place; they advise people go to the Islamic Turath and the Quran to learn more instead of reading and presenting myths. Yet, other viewers do believe in the importance of talking about myths because they help us learn about people’s customs and traditions, granting the readers simultaneously an opportunity to compare and contrast the present with the past and to study events in a diachronic fashion, learning about the development and growth of a nation within a historical timeframe.

Other comments questioned the importance of history and doubted its relevance when the present of a country is shameful and tragic. They claimed that history is not important to a nation engulfed in bloodshed and catastrophe. One comment referred to the U.S., saying that “The U.S has no history, but you can see the glory and the success it achieved now. History is a waste of time. We should focus on the present!”. In response, another viewer thought that the previous comment overlooked the imperialistic ambitions of the U.S. and how their excessive liberalism had affected the world negatively, especially when they threw two nuclear bombs on the Japanese cities of Hiroshima and Nagasaki in 1945.

Interestingly, the video opened a space for discussion among the followers who mostly not only liked the video, but tried to engage with it through comments, replies, and answering each other’s questions. Though some people were not happy with the content for different reasons (as we have mentioned), this did not prevent them from elaborating on why they disliked and disagreed with it, or even suggesting alternative ways to present the material and approach the subject. In other words, discontent did not equal disengagement.

History should not be overlooked

Many comments emphasized the importance of history and the past, and their utility in dealing with the present or understanding it. A reference was made by one comment to archeology in the West, where archeologists use small tools to learn about very minute details of the ruins in Iraq, Egypt and other countries. A commentator expressed his anger on how ISIS stole the real artefacts and ruins that preserve the country’s history, while destroying fake buildings and statues in order to hide and sell the originals. This comment, however, did not put the responsibility for this situation exclusively within the context of ISIS, rather, it underscored  all the tyranny and ignorance that accompanied it : “the residues of 35 years of dictatorship, isolating people from the world and not allowing them to have any freedom.”

History not myths (title of the program)

Among the comments discussing the title of the program, some were in favour of keeping it and others preferred to change it. One commentator thinks the title of the video has to be “The Heritage of the Mesopotamians, the Tigris and the Euphrates”, so that it includes the heritage of the civilizations of Syria and Iraq together, since the video talks about the civilizations in Zi Qar, Nasiriyah, Babylon, and al-Ḥillah in Iraq.

Another commentator wonders why the program’s title uses the word “myth” at all, and he suggests the term “Ancient Civilizations” instead; in his own words, “Myth is a story about a person who embarks on a fairy adventure recorded by ancient narrators”. The writer of this comment thinks that approaching history as a myth is one of the new ways in which atheists try to distort religion by linking myths with the stories of various religions and of the Quran. He suggests that the program should use more evidence showing how myths are part of the history of the region, but that these should be called something else, such as ‘facts’, rather than ‘myths’.

This comment is particularly interesting, as on one hand it attacks secularism and dismisses it as a valid framework for analyzing and studying history (in isolation from religion), yet on the other hand it calls for greater use of academic and scholastic approaches to the study of history.

A contemporary response to the Epic of Gilgamesh
Scroll to top